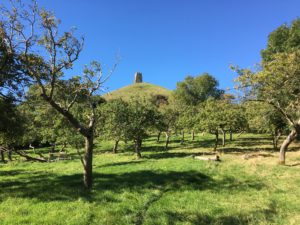 Grail Journey – A Pilgrimage to Glastonbury

Experience the ancient mysteries of the Druids on a 7 day spiritual journey to Glastonbury which combines spiritual experiences and destinations with an intensive grail workshop. This workshop was channelled to me by Mary Magdalene and Jesus, who journeyed to this place, which was also called Avalon, many times in their lives.

On our way to Glastonbury from Bristol Airport we will see Stanton Drew, the second largest stone circle in England, comprising an equal amount of very deep masculine and feminine energy, and from this stone circle we will contact the other stone circles worldwide, especially Stonehenge, which is in constant need of healing.

I will ask the Higher Powers always what would be the best way for the grail pilgrims to spend their day(s) out, most likely there will be three options:

See an example of an itinerary for the grail journey: Click here, if you want to go with me to Avalon. I recommend that you join early, since this pilgrimage is much sought after, and since flight tickets are usually less expensive if you book early.

See also pictures with description of the grail journey in fall 2016 here:
Pictures from the journey to Avalon

The grail course itself was handed down to me by Mary Magdalene during the Christmas holidays in 2007, and affects your heart chakra in a deeply transforming way, all depending on, ofcourse, how easily you can surrender to Love. The purpose of the grail meditations is to get to know our own personality, and to see that it is right for others to have a different personality. Finally, through total surrender, we experience the inner wedding, where we are being united with the king and queen we are.

In the beginning it was a one-day workshop, but the course had such a deep impact on people, that it became necessary to expand it. First with one more day, and then with yet another day, and now it lasts for almost a week – but still the price for the course itself is the same  as if it were one of my more “ordinary” courses.

I also have some professional knowledge to share, since I am a member of a Druid order, the OBOD, read about my order here. You see, the Druids were the first spiritual group ever, outside of the Holy Land, that is, to accept christianity, and the knowledge, which was handed over directly by Jesus and Mary Magdalene, who often sailed with Joseph of Arimathea to the sacred isle of Avalon, can be found here in it’s oldest form. Small wonder, that Glastonbury aka Avalon is the heart chakra of the entire world, and the The Tor in Avalon is thus connected with the small Danish “mountain” which the Danes call The Heavely Mountain (Himmelbjerget), which is the heart chakra of Denmark.

The grail course is deeply transformative for your life, since it works with the heart-energy along with being re-born again into your own true soul form. Mary Magdalene told me, that it is the most powerful of all my courses, and indeed, it is so much different from the other, and I’ve often seen students on this course undergoing a strong personal development on many levels. Quite often, even miracles happen.

In deep contact with the Higher Powers I will open the course by telling the ancient story about the Holy Grail on a much deeper heart-level than most people know, and then I will tell the grail pilgrims about the Druid’s role in this context.

I will proceed to tell about the teachings of the Druids and their steps of initiations and then, aided by the powerful sound of my harp, I will lead the students into some deeply healing guided meditations based on the five grail symbols, which are arranged in front of the students on a very special altar, these meditations will enhance the student’s heart energy and sensitivity to their fellow beings, and connect them with various spiritual entities thus bringing them into the deepest grail mysteries and connecting them with the strongly healing spiritual awakening which follows when a being can surrender itself totally and absolutely to the Power of Light within and without.

We will work with a powerful symbolic world, where, ofcourse, the Holy Grail has a central place, however also empowered by the other grail symbols of no less potency, the sword Excalibur, the Stone, the Spear of Destiny, and, ofcourse the fifth element, Ether, or Caer Wydyr, which represents Love, when you are centered in your innermost being, your heart, it is this substance, that binds all the elements together to a whole.

Subsequently the students will have the opportunity to describe their visions and experiences, and, as a translator for the Higher Powers, I will send light, amplify and clarify the individual’s experience.

These very strong impressions will be manifest on many levels in us during the course, during the performance of practical ceremonial work, along with being able to work more intensively with ourselves and others in connection with the grail-symbols. 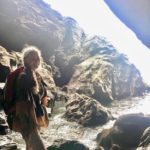 Another dimension was added to the Grail Course in the year of 2012, since many people insisted that it be held in the former Avalon, the town of Glastonbury in England, which, if any town, bears the sacred footprints of the teachings brought to the Druids by Mary Magdalene, and Jesus.

More – very extensive – material will be handed out to the grail pilgrims during the pilgrimage.

We travel on individual tickets, so, you can fly from wherever you like, or, if you live in Denmark from Copenhagen, Billund, Aalborg or Hamburg, and some of us may hopefully meet in Amsterdam (schiphol), or Brussels Airport, or Paris (Charles deGaulle) before joining our final flight to Bristol.

If you think that this is just you, please do not hesitate to contact be by mail, or by phone.